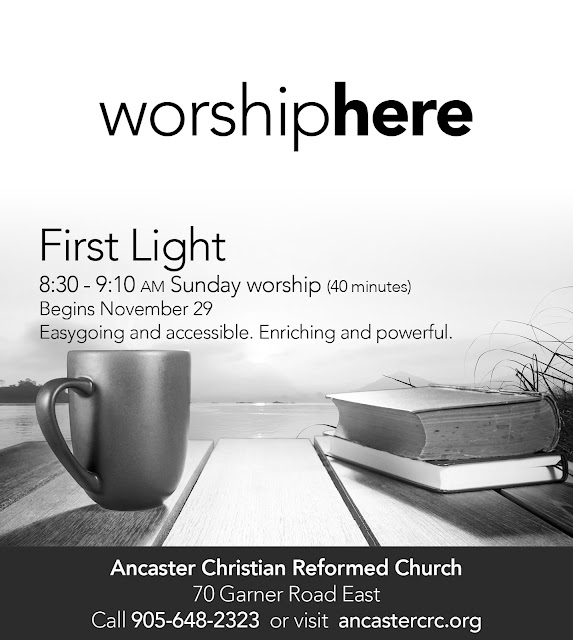 This Sunday we begin our Advent series, The Way of Love.  We are on our way to Bethlehem where we will encounter that silent, holy night, where God silenced our noisy lives with his love.  We will be using I Corinthians 13 as our text through these beautiful weeks leading up to Christmas.  We hope you can join us.  Nov 29, 10 a.m.
Posted by Pastor Rita at 12:58 No comments:

Preaching at the Crossroads; How the World—and our Preaching—is Changing, by David Lose, is another book being read by my preaching group.  For many of us who were raised and trained in the waning era of modernity, the skepticism of postmodernity sounds like we have lost our biblical and scholarly moorings. Lose repositions us to recognize that “our task as Christian theologians and preachers is not to prove the faith claims we make but instead to witness to the truth we perceive” (p 21). He writes of a shift from “proof to confession, witness, and testimony” (p 22).  To postmodernist ears this sounds credible; to those espousing modernity and the scientific method, it sounds like heresy.

Lose names two other cultural movements (in addition to postmodernity) that define our time:  secularism and its loss of the transcendence and subsequent loss of hope, and pluralism and the inability to name the distinctiveness of Christianity.

Preaching at this crossroads demands a return to confessional language, an invigorating message of hopefulness, and a clear story about what it means to be a Christian, both communally and individually. Writes Lose, “whether we succeed or fail, however, it is the Word that both commissions us and seals our hope” (p 112).
Posted by Pastor Rita at 12:40 No comments: 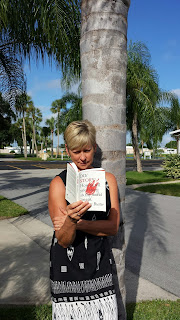 Do/Story/How to tell your story so the world listens, by Bobette Buster, is one of the books my preaching group has decided to read.  It’s a quick read, reminding us of one of the 10 basic principles of story telling:  less is more.  Jesus was the ultimate story teller.  Much of the scriptures consists of stories.  I don’t consider myself to be a particularly good story teller – the lessons of this book can only help!
Posted by Pastor Rita at 12:39 No comments: 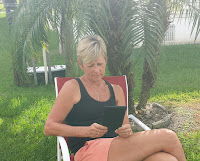 Ordinary Grace, a novel by William Kent Krueger, begins with these words:  “All the dying that summer began with the death of a child, a boy with golden hair and thick glasses, killed on the railroad tracks outside New Bremen, Minnesota…”(p 1). As the summer unfolds, further tragedy threatens to strangle the faith of Frank, his brother, and his parents.  The book is narrated by Frank, who, with the perspective of 40 years, concedes that “in our own despair, against our will, comes wisdom through the awful grace of God” (p 1).  Frank’s father is the pastor of several small churches.  He navigates the deep struggles of maintaining his faith in God despite the tragic events in his own family.


This is a book of not just survival, but of victory and triumph, discovering God’s miracles and grace in the ordinary, in the day to day search for meaning and purpose.  This is a story of forgiveness and acceptance and finally, of finding peace.  This is the story each of us must discover if we are to live as hopeful people in a broken and hurting world.
Posted by Pastor Rita at 12:37 1 comment:

Infidel, by Ayaan Hirsi Ali, wasn’t on my reading list.  But someone lent me the book just before I began my reading break.  In the wake of our country’s debate about the niqab, this book was a must-read. Ayaan writes from within Islam; she lived it, and suffered under it.  I quote from Ayaan’s book (p 349):  When people say that the values of Islam are compassion, tolerance, and freedom, I look at reality, at real cultures and governments, and I see that is simple isn’t so… The rigid interpretation of the Quran in Islam today causes intolerable misery for women.  Through globalization, more and more people who hold these ideas have traveled to Europe with the women they own and brutalize, and it is no longer possible for Europeans and other Westerners to pretend that severe violations of human rights occur only far away.”

We have heard the arguments that women who choose to wear the niqab or the hijab do so by their own free will; that this is their choice. Ayaan would respond to this assertion with this analogy:  the caged bird, when the door to its cage is opened, does not immediately dare to leave.